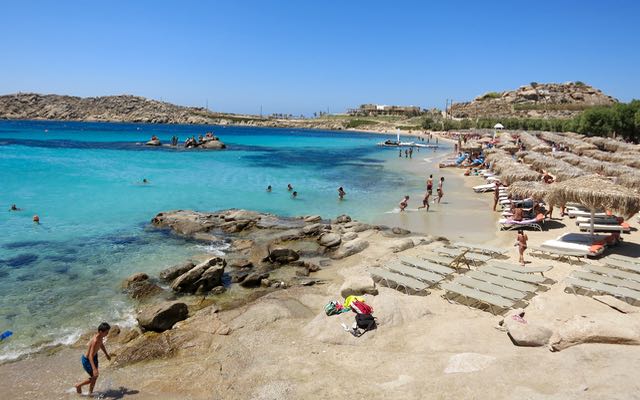 The most exquisite characteristic of Mykonos' unique beauty could be nothing else than its shimmering waters with the stunning view to infinite blue and the non stop vibes from the famous beach clubs.

Elia,Ornos,Paraga, Psarou, Paradise and Super Paradise are some of the most vibrant beaches easily accessed by Chora's transportation.

Agios Ioannis beach, famous especially after the filming of “Shirley Valentine”, has views to Delos island, an excellent quiet place to repose.

Kalafatis and Ftelia Beach with their windy scenery are the ideal places for windsurfers.

Platys Gialos is popular destination with its long sandy beach that attracts families and people who are after the sun or some traditional dishes. 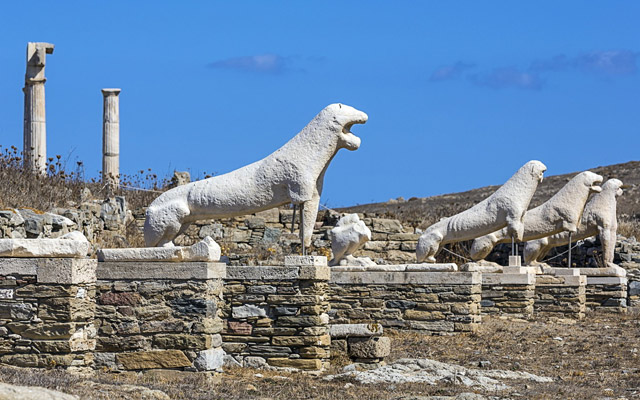 This unique mythological, historical and archaeological island has been declared from UNESCO as World Heritage Site.

The island bears traces of the succeeding civilizations in the Aegean world, from the 3rd millennium B.C. to the palaeochristian era.

Delos is a famous destination for daily excursions, with easy access from thelittle harbor, at the end of the waterfront of Mykonos Town, a must see. 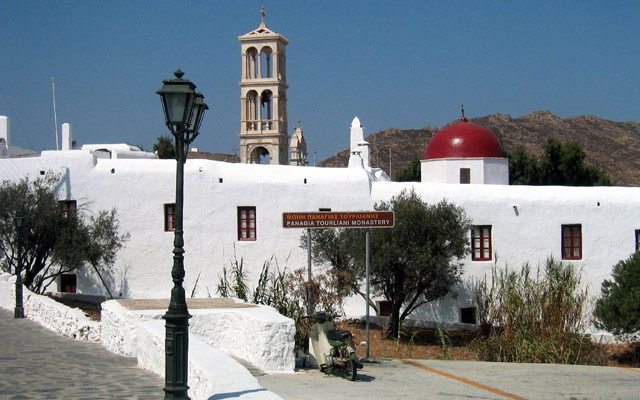 Located in the center of Mykonos island this small village with its traditional tavernas around the square offers unique tastes of Greek cuisine.

At the central square there is as well the monastery of Panagia Tourliani, a construction originally built in 1542 by two priests and was initially named after the Presentation of the Virgin Mary.

The main public transportation means around Mykonos are buses and taxis along with small boats leading to marvelous beaches.

This station also offers night transportations to Platy Gialos and Paradise, for visitors who are after Mykonos' nightlife.

Mykonos Island is easy to access from many different parts of Greece as well as from abroad.

Mykonos town offers all the convenient means of transport by air and sea, from its three harbors and its airport located 4km from Mykonos Town, Greece.

The most common way to reach Mykonos is to take a ferry or a high speed catamaran, departing from the ports of Piraeus and Rafina.

Mykonos has also a daily direct connection with all the famous islands of the Cyclades as well as Crete.

Mykonos International Airport is an approximately 30minutes flight from the international airport of Athens, Greece.

There are also air connections with Thessaloniki Santorini and Crete during high season.

Charter and scheduled flights from European cities are very common between May and October.